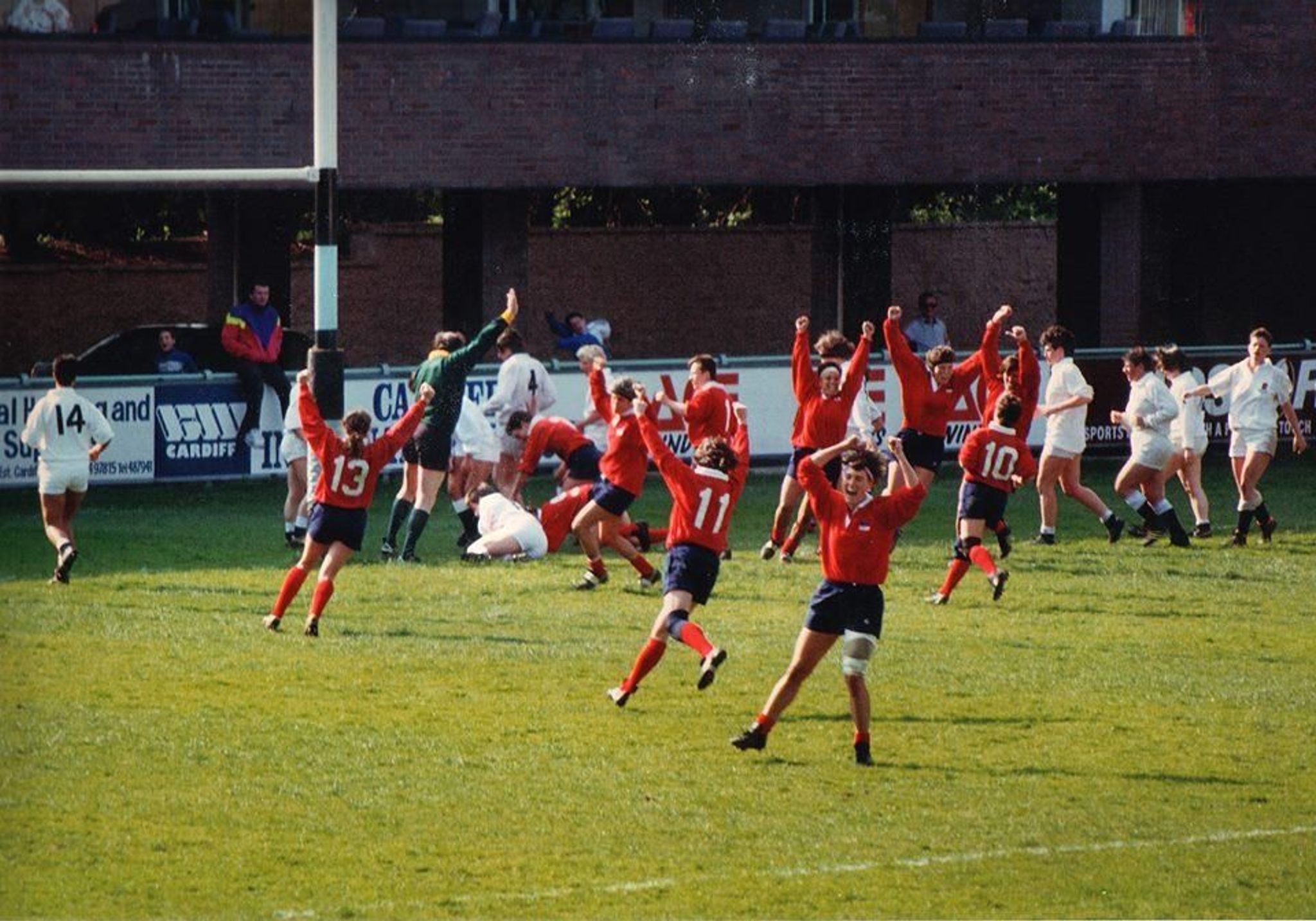 Under the Posts – Apr 13-19 begins with another awesome vintage video. This week we’re rewatching a USA Rugby Round of 8 battle between the Austin Valkyries and the Atlanta Harlequins from 2011. A tough and gritty match that was fun to see again!

This week’s feature is two-fold as it looks at Wale’s women’s first International match against England in 1987 and a look back at the 1991 Women’s Rugby World Cup.

The meat of the women’s rugby news this week comes in the XVs portion where we look at what global sports unions are doing during the pandemic, Scotland and New Zealand slash salaries, and we feature more players on the front lines of the pandemic.

The video of the week sends us back to 2011 when the Austin Valkyries hosted the Atlanta Harlequins for a USA Rugby Round of 8 match. This was a tough and gritty match that is a fun one to watch.

April 5, 1987 was not only a milestone date for women’s rugby in Wales, but a big day for @bird_burgess and her family: https://t.co/l3LYAl5pYl pic.twitter.com/2iL38Tlrnd

29 years to the day, the #USWNTXVs made history by winning the first-ever women's @rugbyworldcup 🏆

On this day: ‘We were better than them but they were relentless’ | https://t.co/EqDwJHD4Yn https://t.co/2uUUzHqD0w pic.twitter.com/ivuRDjfH7B

Two features this week, first we look at the first Wales international match for a Welsh women’s side. It was played in Pontypool 33 years ago this month.

Liza Burgess was the first captain of the squad and on April 5, 1987 they took on England.

“There was huge excitement. We met really early at the ground that day,” said Burgess as she reflected on a truly memorable afternoon for her personally, her teammates that day and for women’s rugby.

“We were there hours before we needed to be. We did that so we could all get together as everyone had travelled down the night before.

While the first Wales International match was in April 1987, the first women’s Rugby World Cup final also took place in April but in 1991. World Rugby spoke with Gill Burns, Sue Dorrington, Carol Isherwood and Sam Robson so they could share their memories of the match.

USA won the first women’s rugby world cup but England still has a sense of ‘what might have been’.

“Looking back we gave them opportunities,” number eight Burns recalled. “We should have been able to win that game.

“We were better than them really but they just kept going, they were relentless and [had a] sharpness of thought.” 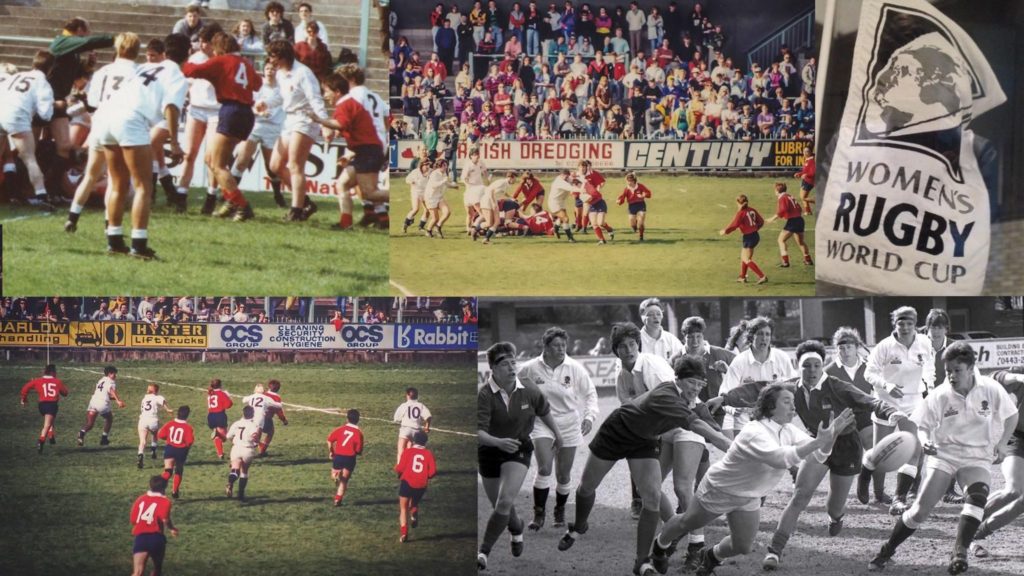 World Rugby, Fifa and the International Cricket Council are holding regular crisis meetings about participation in sport after the coronavirus pandemic.

“We are sharing ideas and supporting each other,” Katie Sadleir told the Telegraph. “We have spent quite a bit of time talking about the implications for women’s sport and what they are currently doing. No one six months ago, thought we would be in this situation and now is time a leaders in women’s sport to step up.”

“Things will be different. The reality is that people are going to have different priorities in terms of how they spend their discretionary time for a period of time after this.

As we’ve seen other unions do, Scotland and New Zealand Rugby are cutting salaries of their executives and contracted athletes.

Rugby Americas North has announced that the Women’s 10’s Championship is cancelled due to the pandemic.

Scotland’s Sophie Anderson is about to be on the front lines of the pandemic. Next week she will change from focusing on her midwifery studies at the University of the West to working full-time to help the NHS.

Jade Knight of Wales is also a midwife, working at London’s Imperial Hospital.

Burford: We need clubs to be ambitious. We can’t sit still. https://t.co/udi7uQXVfC pic.twitter.com/piuGYKrfUI

The Harlequins and England centre launched ‘The Burford Academy’ with the aim of encouraging people of all ages, abilities, and levels of experience to take up the sport. Burford had planned Easter half-term camps, but due to the Covid-19 outbreak, she has had to think outside the box, which is where the #LockdownSquad was born.

"You Play For One Another & Put Your Bodies On The Line."| Marlie Packer - Athlete Media Group https://t.co/jmD87fg2ns pic.twitter.com/zCsSTUMoXx

ANDRÉS GÓMEZ CASTAÑO: "WE HAVE HAD SUSTAINED GROWTH AS A REGION"
https://t.co/pbiRLR3kcZ pic.twitter.com/SWBq6hwvLa

South America is experiencing immense and sustained growth of rugby players. Of 18,000 players, 6,000 are are women.

More than 30 years after women first played rugby in Czechia the country’s national 15s team is starting to make some real headway on the international stage.

Czechia ended a run of eight consecutive defeats in November 2018 to claim their first ever test victory with a 10-5 defeat of Switzerland in Yverdon-les-Bains.

That momentous result kickstarted an upturn in fortunes that yielded three wins and one draw in four matches in 2019, as the team won back-to-back Rugby Europe Women’s Trophy titles.

🚨A real treat this week🚨 The One & Only! @Hfisher2012 chats to us on the WRP! Heather was due to finish playing Rugby after #Tokyo2020 & start a new chapter in life! What now then? We chat prawns, Rugby, bobsleigh, alopecia this list goes on! 🔗 https://t.co/vINdpA5ERJ

Here is our third hero 🦸‍♀️ from women’s rugby A&E doctor ⁦@claire_mol⁩ from ⁦@Waspsladies⁩ & ⁦@IrishRugby⁩ fame. She talks #PPE #StayHomeSaveLives and #Crocs. We also get a style confession from ⁦@ugomonye⁩ 🏉 #RugbyUnionWeekly https://t.co/UwN0pSiCar

#RugbyJobs
Looking for a job in rugby? Make sure to check out our listing of #RugbyJobs. Or even follow the hash tag on Twitter.

This site uses Akismet to reduce spam. Learn how your comment data is processed.